By ikedanobuo - May 17, 2017
"Japan is notorious for human-trafficking.” This would be the perception of Americans after reading “ Trafficking in Persons Report June 2016 ” issued by the US Department of State. It seems this report is taken seriously, although most Japanese don’t know about it and the media here shrug it off as nonsense. We need to do some fact checking here. The report labels Japan as a country that doesn’t meet the minimum standards for eradicating human trafficking, ranking it as “Tier 2” right alongside with countries like Nigeria and Bangladesh. Japan is the only country among G7 member states in this ranking. Countries with “Tier 3” rating are subject to limitations on development aid programs. Human trafficking through confinement and coercion are forbidden under Japanese law, and enforced by the police. The Japanese government do not condone such offense in any way. However, there are a few NPOs who “sell” these stories to the U.S. Although fallacious like the so-called “forced po
Post a Comment
Read more 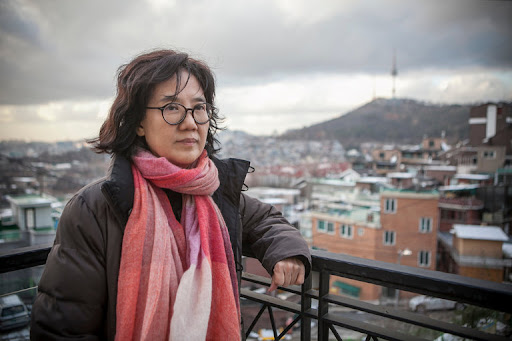 NYTimes posted a long article about Park Yu-ha's case about "comfort women". NYT is a major criminal that hurt her by fabricating "sex slaves". A professor whose book about Japan’s World War II-era military brothels angered Korean women who once worked there was acquitted on Wednesday of defaming the women. The professor of Japanese literature at Sejong University in Seoul, Park Yu-ha, published “Comfort Women of the Empire” in 2013. She has since faced civil and criminal complaints from nine South Korean women who said they were forced to work at the brothels during the war.
Post a Comment
Read more

Is Prime Minister Abe planning "a revival of Shinto as a state religion"?

By Anonymous - May 27, 2016
by Nobuo Ikeda http://agora-web.jp/archives/2019337.html Japan's attempts to revise its war record are worrying to the rest of Asia https://t.co/4CHLMbYIWY pic.twitter.com/O9F3QFOIr2 — The Economist (@TheEconomist) May 23, 2016 It seems that a stereotypical news coverage of Japan is on the rise again as the Ise-Shima Summit approaches. The majority of such coverage is criticism of “Abe's ultra right wing regime” thanks to their flawed association of ideas that the Ise shrine equals a state religion of Shinto which equals nationalism. I assume that the above column was written by an editor for Asian affairs based in London. Because he is typically relying on a secondary source of information, such as Japan Times, a number of basic errors are cited in the column. Firstly, Shinto is not a religion as he understands it. There are neither doctrines nor a founder. When it began is also unknown. The name, 'Shinto' was given to the collective ancient faith
Post a Comment
Read more

A-bombs were unnecessary for the surrender of Japan

By ikedanobuo - May 25, 2016
Obama will be the first president of the United States who visits Hiroshima, but will not apologize because there are still many people who believe A-bombs prompted the surrender of Japan and "saved millions of lives". It is wrong, argues Prof. Hasegawa, by quoting many government documents. President Truman decided to drop A-bombs on July 25, before the day of Potsdam declaration. So it was a lie that Truman later said that he decided A-bombimg because Japan rejected the declaration (Japan didn't answer). Even if its aim was not surrender, did the A-bomb save lives by earlier surrender? No, says Prof. Hasegawa. In the Gozen Kaigi (the meeting in front of Hirohito) on August 9, the main issue was preserving the Kokutai (body of the State) and the A-bomb was scarcely discussed. As the discussion was confused, the final decision was made by Hirohito himself. He said that he didn't believe the Army and there was no prospect of winning. It is impressive that he ne
Post a Comment
Read more 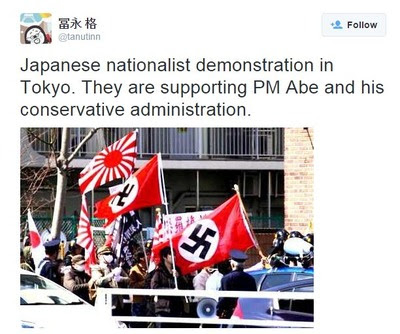 従軍慰安婦について、元慰安婦の李さん、元航空幕僚長の田母神さん、旧日本軍衛生兵の松本さんに取材した、ルーパート・ウィングフィールド=ヘイズ東京特派員の記事です。 http://t.co/uoVPZSV3Dc — BBC News Japan (@bbcnewsjapan) 2015, 8月 3 I'm sick and tired when finding the BBC correspondent to Tokyo still seems to try spreading the expression of "sex slave" even though the New York Times has already given up standing by using that expression since Asahi Shimbun officially retracted the falsified articles in Japan which had caused the controversy. Is the British medium ignorant in the basic historical fact? Toshio Tamogami, appearing here in the article as a revisionist about comfort women issues, doesn't deny the existence of comfort women. Masayoshi Matsumoto, a former soldier he called himself (who once claimed he had seen comfort women infected by HIV during WW2), to whom the BBC correspondent referred, only told that "the women were forced". As Japan's Prime Minister Shinzo Abe addressed at the US Congress, Japan's government adm
Post a Comment
Read more

Historians' open letter says there was no "sex slave"

By ikedanobuo - May 20, 2015
457 historians concluded that there was no "sex slave" or "military coercion" of comfort women in an open letter to Japan. Here is the full text. Original text includes signatures of historians. The undersigned scholars of Japanese studies express our unity with the many courageous historians in Japan seeking an accurate and just history of World War II in Asia. Because Japan is a second home as well as a field of research for many of us, we write with a shared concern for the way that the history of Japan and East Asia is studied and commemorated. In this important commemorative year, we also write to celebrate seventy years of peace between Japan and its neighbors. Postwar Japan’s history of democracy, civilian control of the military, police restraint, and political tolerance, together with contributions to science and generous aid to other countries, are all things to celebrate as well. Yet problems of historical interpretation pose an impediment to cele
Post a Comment
Read more

By ikedanobuo - December 23, 2014
Japan News reports that the Asahi Shimbun third-party committee, which has been examining the paper’s past reports on so-called comfort women, released a report Monday that concluded the newspaper made a “fatal mistake”. The report said the Asahi switched points of contention over the word “coerciveness” — a word used to describe the situation concerning comfort women. The report said until the doubts were raised in 1992 over statements by Yoshida, it was the Asahi that took the initiative in widely reporting “coerciveness in the narrow sense.” However, it did not admit in the 1997 special coverage that it had reported “coerciveness in the narrow sense” and instead criticized other people who assert it, according to the report. Based on the statement on comfort women issued by then Chief Cabinet Secretary Yohei Kono in 1993, the Asahi now stresses the existence of “coerciveness in the broad sense.”
Post a Comment
Read more
More posts